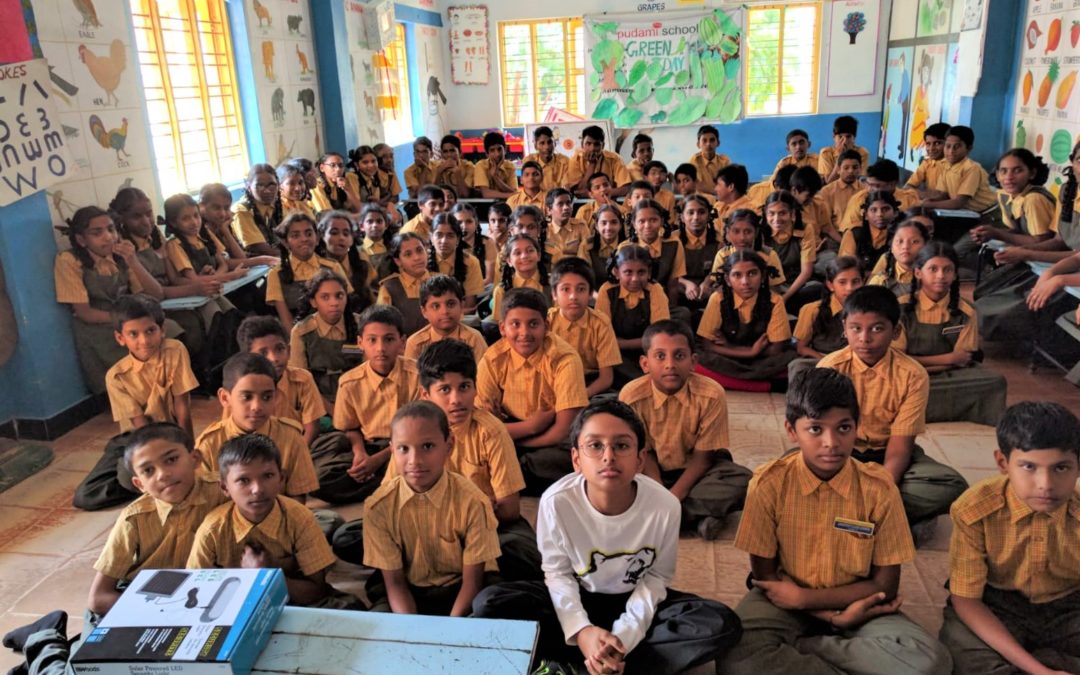 Project Jatropha launched their Solar Energy Program in 2013 as the team realized that the Jatropha cultivation was not economically viable to the farmers. As an alternate approach to raise awareness about the significance of renewable energy and protect the environment Solar Energy Program was introduced. To spread the message widely and carry forward the task, I decided to introduce Solar Energy Program at grassroots level in Andhra-Pradesh by teaming up with schools and daycare centers. I choose schools and daycare centers as electricity is mostly nonexistent in some of the schools and if it exists is not very reliable. Solar energy solves the most fundamental need for learning by lighting up the classrooms. On August 1, 2017 I visited the Pudami English-medium schools that cater to low-income students who are not only trained in English, and Mathematics but also in environmental science.

The principal of Pudami school Mrs. Padmini Bhamidi, students, and I discussed about how India has maximum number of days with bright sun but unreliable electricity, which makes it impossible for the young kids to function normally.  Frequent power outages during their time at school also make the children not reach their full potential. When I demonstrated to them how the portable solar kits work to light up the classroom and showed them how easy it was to assemble, made them excited to learn that they can have uninterrupted source of light in the classroom. This solved a crucial problem that impedes their learning and the students promised to carry forward the message of solar energy to other Pudami Schools. 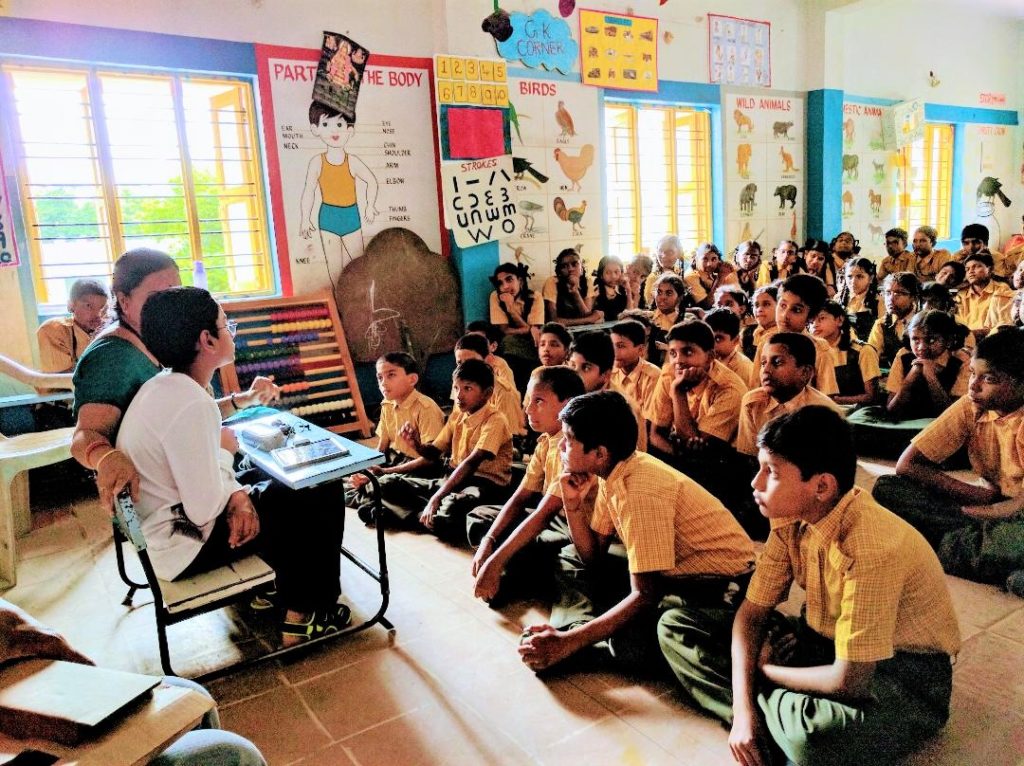 My next place was a rural daycare and preschool “Prathamika Patashala”, for the children of low-wage laborers. The school is run by village groups and uses donations to serve the children when their parents are away at work during the day. The school provides food for the children and without electricity it becomes nearly impossible to serve them lunch and dinner in dark. The school is very poorly lit even during day time. A well-lit classroom with the help of portable solar light will enable them to take care during the dark and also make them learn during the school day. The head of the pre-school was ecstatic to learn how easy it was to assemble the portable solar kit with the light and how useful it was to her students.  The teacher was eager to teach her little students the importance of protecting the environment. 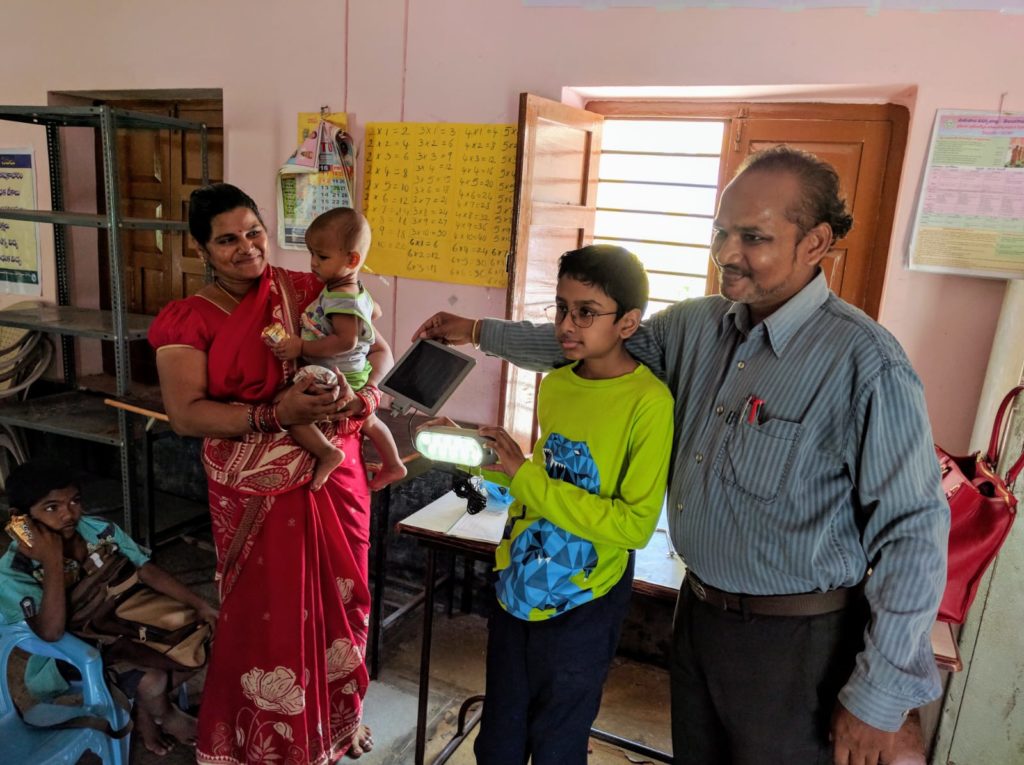