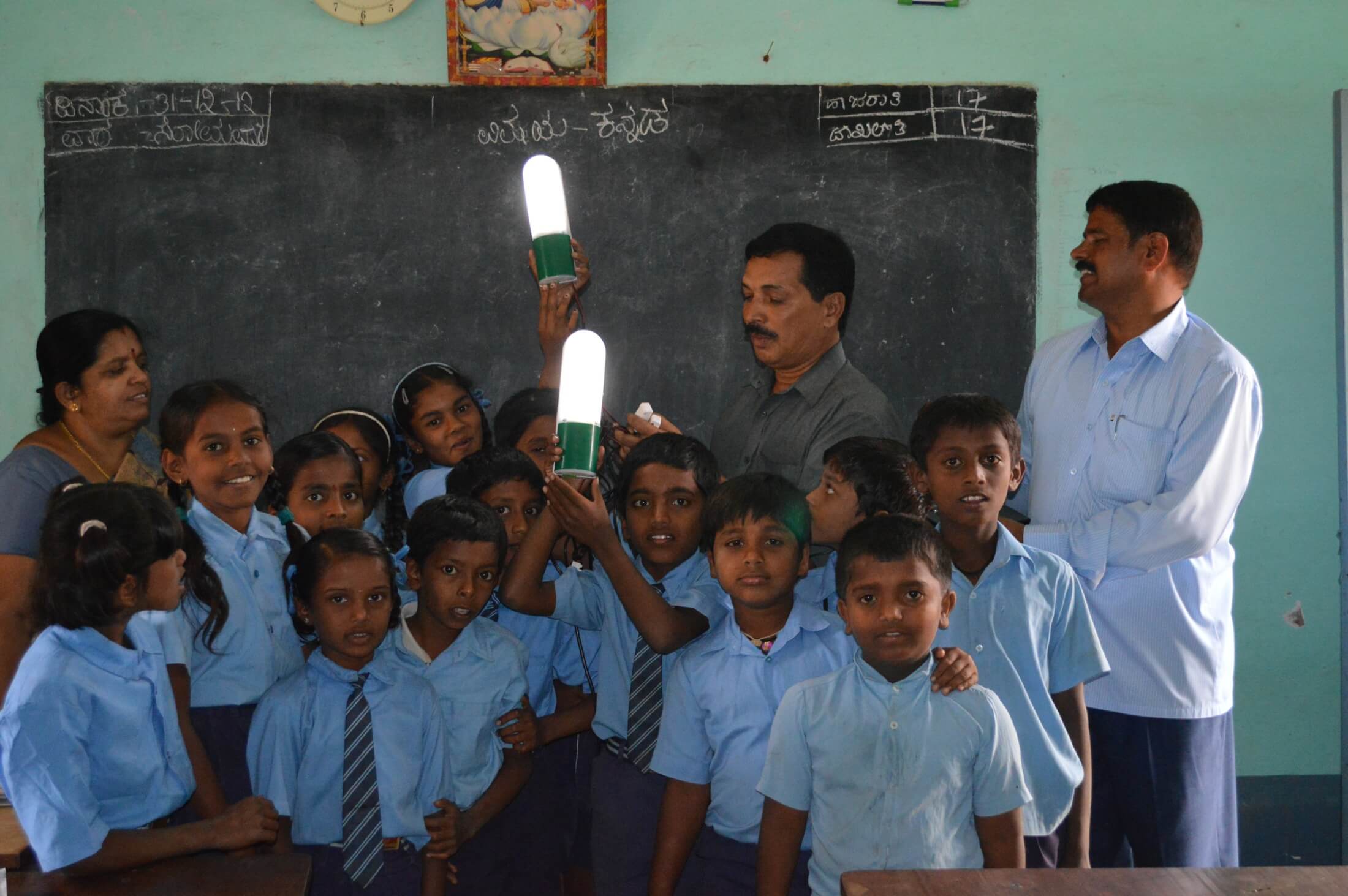 Solar Energy Program is a hands-on workshop and renewable energy education program involving rural schools, hostels, and orphanages. After six years of field experimentation in Jatropha Biofuel Project, it was clear that Jatropha cultivation was not economically viable in farmers’ perception at that time. We needed an alternate approach to spread the significance of renewable energy. During our rural school visits between 2010-2012, we observed that there were frequent power outages throughout rural India. The school staff informed us that 18-hour power outages were not uncommon. Even during daytime, many small rural schools are poorly lit due to a lack of windows. We wanted to find a possible solution. This led to our 2013 Solar Energy Program, which included small solar panel installation involving rural children, in conjunction with renewable energy education.

Our goal was not just to donate solar panels to the schools. The goal was to make the children realize that there is much more to electricity than wires and switches. We wanted to spark an interest in the children for the science behind the panels and electricity at large. To do this, we selected solar panels kits that were portable, had simple, identifiable component parts, and were easy to assemble. Specifically, we chose the 2-LED light kits, which consist of two 2.5W LED lights, a battery (12V) with charger in a built-in box, and a 5 WP solar panel with a cable. The elementary school children understood the basic concept behind solar power and the light surprisingly quickly. They were ecstatic to have another source of light by which they could play or read, and they quickly learned how to assemble and place the solar panel and light. In 2015, we convinced the private school Aralu Mallige Vidyashrama (located near Hunsur) to be an anchor school and help us distribute and demonstrate the small solar panel installation in conjunction with renewable energy education. 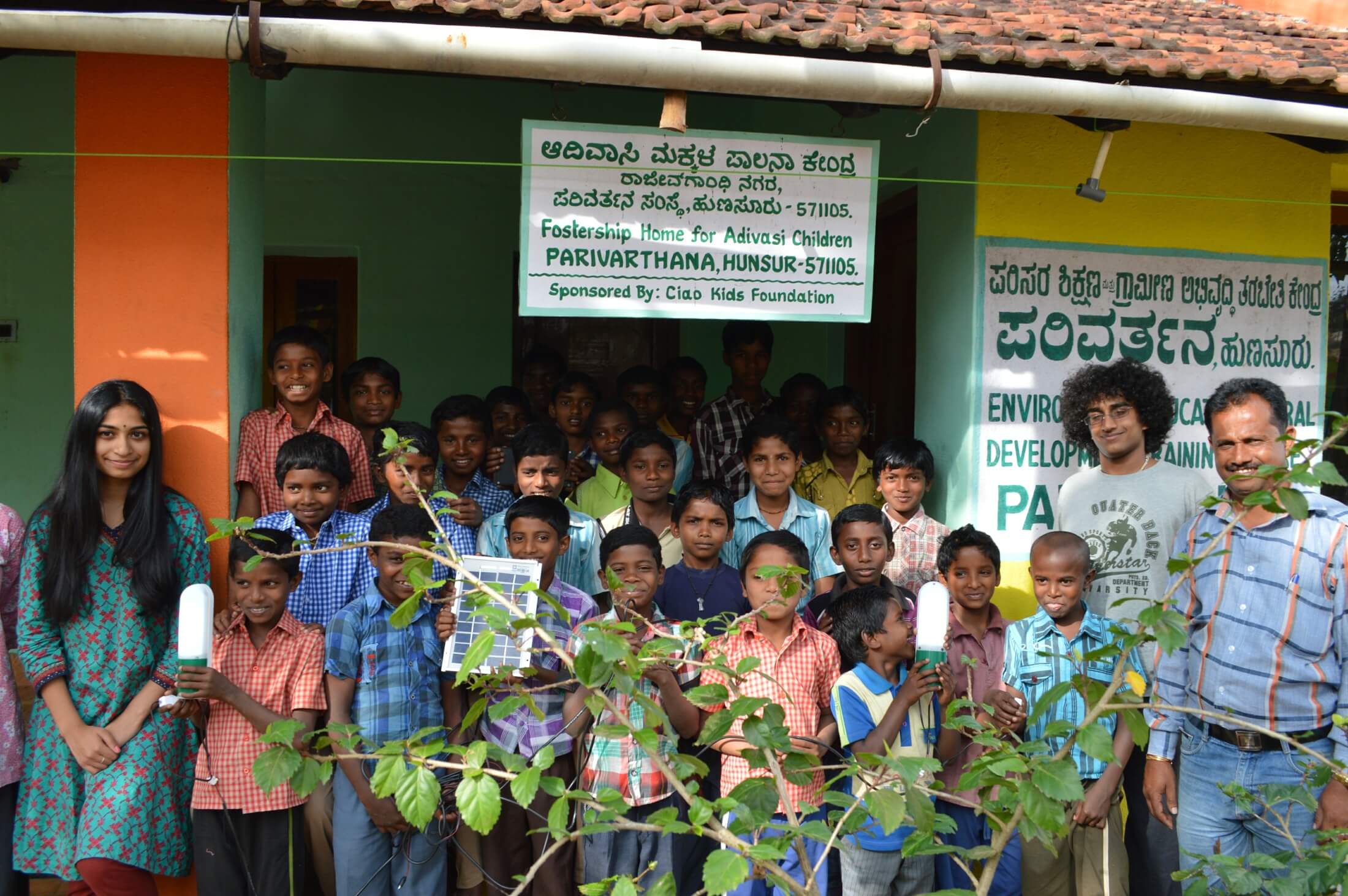 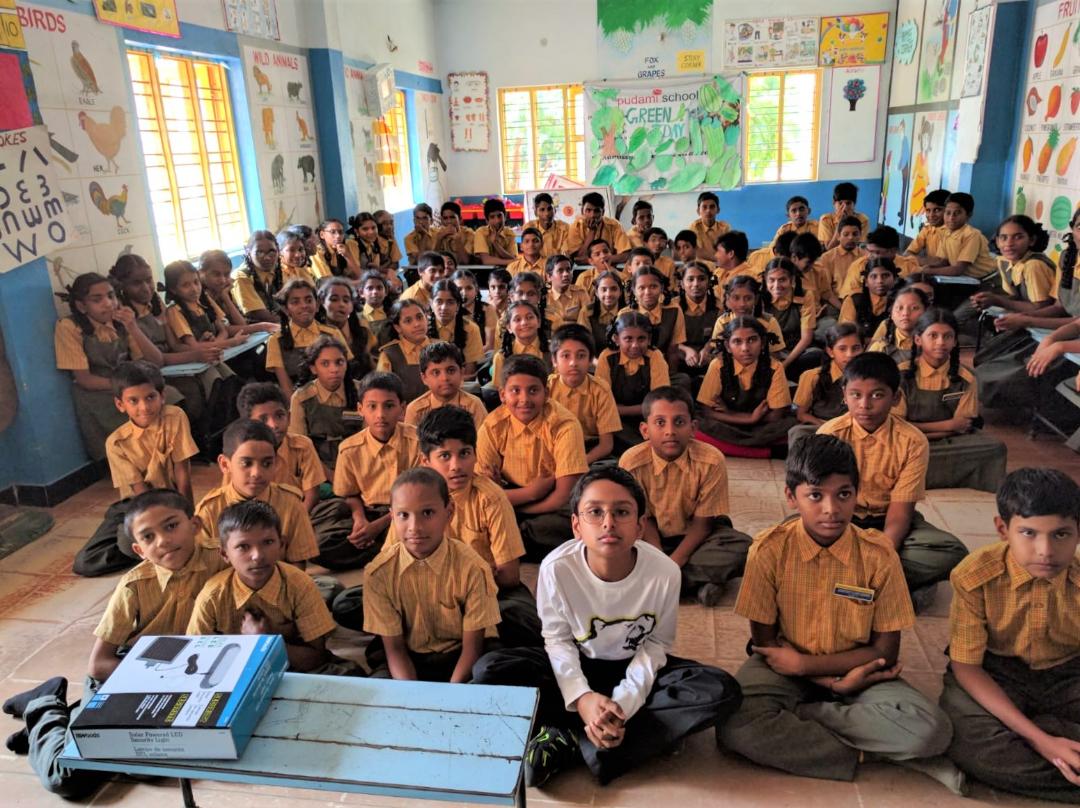 During our 2019 phase, we added a new dimension to our solar energy program by distributing solar lights to fifty girls living below the poverty line for their personal use. Between 2013- 2019 we have extended this program to more than 20 rural schools, hostels, and orphanages. Our future plan includes the extension of the Solar Energy Program to the other GCY participant rural schools in the Tree Planting Program. 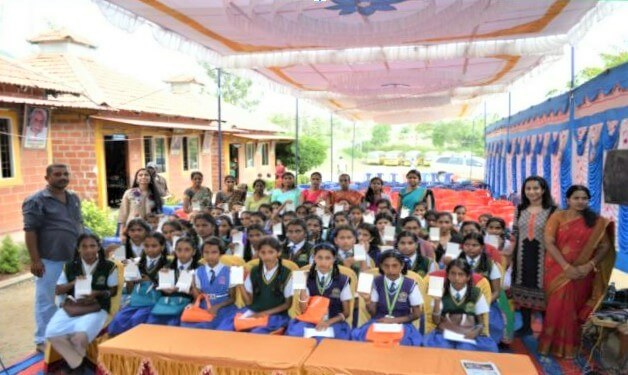